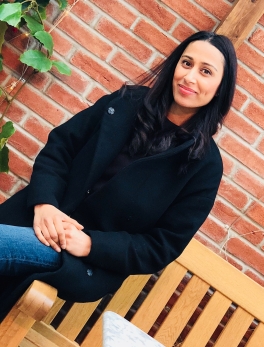 Hi, I’m Shumailla, born and bred in London, I’m a mother of two with a public sector background. I have a passion for writing, and affordable, healthy living – not something that came naturally to me, I must admit! In 2006 I published my first blog, it was a space for all my random thoughts as a young Asian Muslim growing up in twenty-first century Britain. I wrote about society, politics, religion, and everything in between. A couple of years later I got married and had my first child, and as expected, a whirlwind of events overtook my life, which didn’t leave me much time to write! During my ‘time-out’ as I like to call it,  I attempted to resurrect my blog several times, but in all honesty I simply couldn’t find the time, and life just took over. I spent some time as an unpaid contributor on The Huffington Post, but when that ended earlier this year, I found myself a little, well, absent (virtually). For me, the face of social media has changed greatly – I was of the ‘Blogger’ generation. We were, I’d like to think, the pioneers of free writing; a space that has now grown and filled with a wonderfully diverse range of bloggers, YouTubers, influencers, and the like. For me though, my blog was a space to be creative, somewhere I could speak openly about my thoughts and perspective on life and all the randomness that goes with it, when there was no other medium to express oneself. Ten years, two kids, and one husband later, I find myself increasingly engaged on social media (Instagram, mostly), discussing ideas, recipes, tips and hacks.  Now, as a parent, I am no less opinionated, which is why I created this site; as a place to collect my ideas, musings, and my creations. So go ahead, take a browse, tell me what you think, and if there’s anything you would like me to cover, feel free to get in touch.