Stonehenge is a place we have been thinking about visiting for years, we’ve also been National Trust members for years, and for those same years we’ve also been completely oblivious to the fact that our membership could have got us admission (English Heritage protect the stones, but the land belongs to National Trust). Given that we decided to cancel our National Trust membership in December having been die-hard members since our son was born, I wasn’t best pleased when I realised what had happened. And while I’m a true believer in contributing to the upkeep and preservation of Britain’s national heritage sites and treasures, I do not believe that such places should be so extortionately priced that they become inaccessible for families – or anyone for that fact.

Anyway, we decided that we would look for an alternative route. I had heard about people walking through a nearby farmer’s field for free, a long muddy walk, which would bring people out a few meters near the site, but this route has now been closed off. And to be honest, I didn’t fancy the idea of walking through a mucky field. So I searched online and found that the BBC had published a story on a public pathway via the newly opened A344. So we went, off the beaten track, in search of a new public pathway. Sadly, the A344 now houses the English Heritage car park, which means you need to pay for admission to get into the site.

We weren’t going to do that.

So, off we drove, to Fargo Road.

Now, those of you who know the area, will be familiar with Larkhill being a garrison town, military tanks and F-15s  are not an unfamiliar sight, so trespassing, with two kids in tow, was not an option – even if YOLO.

When we got to Fargo Road we stumbled upon Willoughby Road, which oddly had a huge sign marking Stonehenge. This seemed odd to me. It seemed like there was a pathway, but the poorly marked area made it look like there wasn’t. 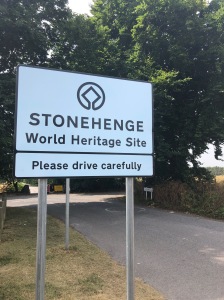 But we still carried on. 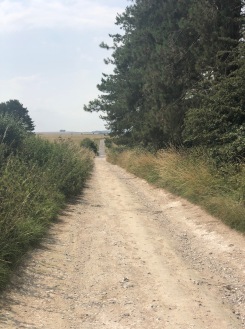 We walked through the gravel pathway to the end and noticed a clearing, which seemed to lead to a field – it was a public pathway. It looked like it had only recently been opened, because although it looked like it had been used, no one except us and another Danish family were there.

This route took us through Stonehenge Curcus, an equally historic site which takes you through the inner circle (the carpark is in the in lesser circle) and interestingly, it’s a longer walk to the stones (see photos below). 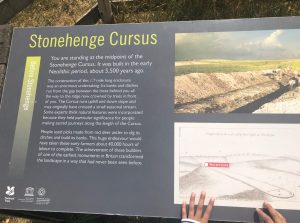 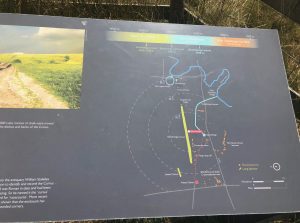 We would never have known about this place had we bought the ticket and taken the longer route via the carpark like everyone else.

When we reached the top there were two gates, side by side, one for ticketed entry, and the other was a permissive pathway for pedestrians and cyclists. 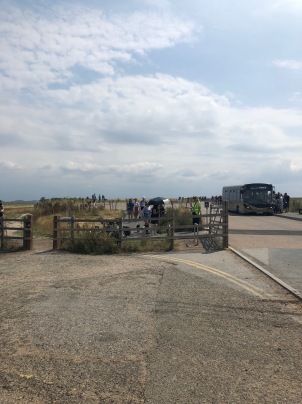 When we saw how close these two were (I’d say about three meters in total) it became clear that we did the right thing. The pathway is a public road – it’s open, unless English Heritage take that right away (which they would need to give clear grounds for if they ever did!)

This was the view from where we were standing, equally good, if not better (because we weren’t charged an extortionate amount!) Needless to say that after about five minutes of being around the stones and taking a few pictures our children were utterly bored and the moaning started. So, if you’re looking for a nice walk in the country, coupled with a little historic learning, and a few good pictures, take your DSLR out, or even your phone camera, and head down the A303 towards Salisbury. When the traffic builds up, you’ll know you’re there – and that’s because just like us, the nation would rather slow their car down and take a few pictures than pay a ridiculous amount to visit a tourist site that we should all be entitled to do. Go figure! Happy outing 🙂

View all posts by Shumailla